Rural Ramblings of the Third Kind

emjaybaxter) and I moved from downtown Toronto to the middle of nowhere thirteen years ago. Home now is Warkworth, Ontario, a little farming community of about 700 people. It's about 100 miles north-east of Toronto. I usually call Warkworth Nanookville in my journal; not sure why, but it seems to fit.

Until two years ago, we lived in a big old Victorian farm house on fifteen acres outside the village. We built a smashing new house on seven acres just up the road from there in September, 2008. Our pets are a big part of our lives - a chocolate lab, Dougall, and two basset hounds, Dudley and Peggy, all of whom are regulars in this journal, when they are not busy drinking out of the toilet. Also a white cat, Freddie, who is deaf hearing impaired.

I'm past-Chair of our regional AIDS service organization, a past-board member of the Canadian AIDS Society, amongst many other volunteer positions and am still up to my ears in AIDS activism at the provincial level. I go to a lot of conferences. I'm a frequent and sometimes coherent public speaker on the subject of HIV/AIDS. I'm sort of fairly well known in the gay mens' HIV prevention community in particular. I'm also a featured blogger on www.PositiveLite.com, a website with a difference for positive gay men with a sense of humour. You can read my other blog here.

I'm a bit obsessive about photography, although not as good as I'd like to be - or even think I am (ha!). The fruits of my labours appear here daily anyway. Believe it or not, I've had my work published in book form (it sold 1,000 copies), as well as in many local and national publications. I've had a couple of solo shows and particpated in many group/juried shows too. Some of my work sells in local stores too. 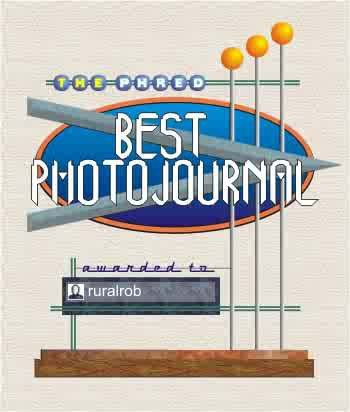